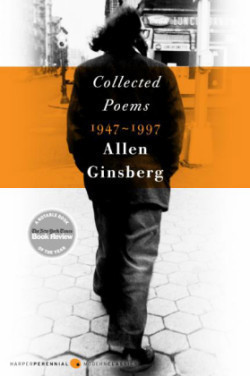 Here, for the first time, is a volume that gathers the published verse of Allen Ginsberg in its entirety, a half century of brilliant work from one of America's great poets. The chief figure among the Beats, Ginsberg changed the course of American poetry, liberating it from closed academic forms with the creation of open, vocal, spontaneous, and energetic postmodern verse in the tradition of Walt Whitman, Guillaume Apollinaire, Hart Crane, Ezra Pound, and William Carlos Williams. Ginsberg's classics Howl, Reality Sandwiches, Kaddish, Planet News, and The Fall of America led American (and international) poetry toward uncensored vernacular, explicit candor, the ecstatic, the rhapsodic, and the sincere-all leavened by an attractive and pervasive streak of common sense. Ginsberg's raw tones and attitudes of spiritual liberation also helped catalyze a psychological revolution that has become a permanent part of our cultural heritage, profoundly influencing not only poetry and popular song and speech, but also our view of the world.

The uninterrupted energy of Ginsberg's remarkable career is clearly revealed in this collection. Seen in order of composition, the poems reflect on one another; they are not only works but also a work. Included here are all the poems from the earlier volume Collected Poems 1947-1980, and from Ginsberg's subsequent and final three books of new poetry: White Shroud, Cosmopolitan Greetings, and Death & Fame. Enriching this book are illustrations by Ginsberg's artist friends; unusual and illuminating notes to the poems, inimitably prepared by the poet himself; extensive indexes; as well as prefaces and various other materials that accompanied the original publications.